Three Ways to Change a Habit 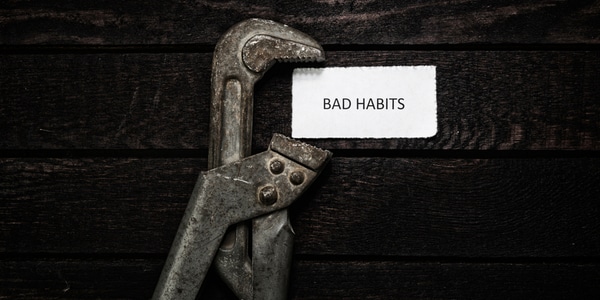 The great Greek philosopher, Aristotle, once said, “Quality is not an act, it is a habit.” If our habits are not at the quality, we would like them to be, what can we do to change them? Identifying your routine, experimenting with rewards, and isolating the cue are three ways people can start changing their habits.

Being able to identify your routine is a great starting point for changing your habits. In his book, “The Power of Habit,” which was originally published on the 28th of February 2012 Charles Duhigg advises on the importance of identifying your routine, he states, “To underst and your own habits, you need to identify the components of your loops. Once you have diagnosed the habit loop of a particular behaviour, you can look for ways to supplant old vices with new routines.” This is so true. I remember when I wanted to break the habit of biting my nails I needed to try and find out what triggers were causing me to bite them. I quickly came to underst and that I would bite my nails when I was nervous. The nervousness could either be caused by my watching a sports game or even while I was deep in thought about an important issue. The next part of the “habit loop” then looks at how you can now start to overcome this habit.

The next part of the “habit loop,” is to start experimenting with rewards. Remember, this is an experiment so it could take a week or a couple of months to find the right reward that works for you. Again, Charles Duhigg states in his book, “The Power of Habit,” that “To figure out which cravings are driving particular habits, it’s useful to experiment with different rewards. This might take a few days, or a week, or longer. During that period, you shouldn’t feel any pressure to make a real change – think of yourself as a scientist in the data collection stage.” I decided to put this to the test with my biting my nails habit. I made sure that whenever I was going to watch a sports game I would make sure I had something to nibble on during the match. When I first started, I would eat whatever I could get my h ands on, which was mostly something unhealthy, but then I made sure that I had healthier options sometimes so that I was not always eating junk every time. The wonderful thing was that I was able to focus my biting onto my food instead of my nails and I found that my nails would generally be the same length at the end of the game as they were before it started. After identifying the rewards that worked for me I could then move onto the next step of this habit changing exercise.

The third part of the “habit loop,” is being able to isolate the cue. Charles Duhigg teaches us in his book that, “The reason why it is so hard to identify the cues that trigger our habits is because there is too much information bombarding us as our behaviors unfold. Ask yourself, do you eat breakfast at a certain time each day because you are hungry? Or because the clock says 7:30? Or because your kids have started eating? Or because you’re dressed, and that’s when the breakfast habit kicks in?” To make it easier for us to identify our cues he states that all cues can fit into the following five categories; Location, Time, Emotional State, Other People, Immediately preceding action. I was able to figure out that I mostly bit my nails when I was feeling nervous(emotional state). That helped me to be more aware during times that I felt nervous and therefore made it easier to consciously choose to not bite my nails.

With the information shared to us by Charles Duhigg in his book, “The Power of Habit,” we can learn that identifying our routine, experimenting with rewards, and isolating the cue are great methods to help change our habits. I have benefitted from this information myself as I was able to change the habit of biting my nails.