The Power of Emotional Intelligence in Leadership 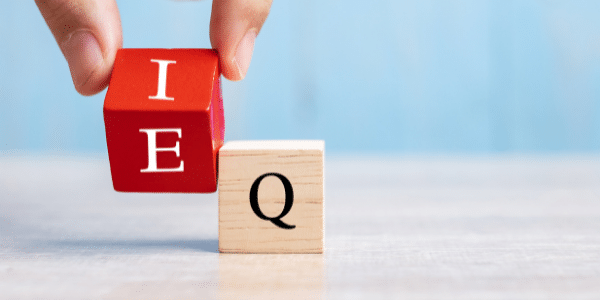 Last year I was facilitating an emotional intelligence training for some executives for two different companies. Here are the comments of two participants who occupy key positions in the first company (Company A).

Executive A: “We wish to have a Managing Director and not a Damaging Director. A director who is more human, who cares about his people and not only about the figures and the targets.”

Executive B: “Our CEO can’t be bothered. He does not know how to talk to people. He is not aware of the impact of his emotions and feelings on his staff. He doesn’t realize how his mood puts pressure and stress on us and above, he always wants to be right.”

In Company B, a lady makes a positive affirmation which strikes me, “My CEO knows how to handle his emotions. He knows how to handle people and understands people’s emotions. He is tactful and knows how, when and where to talk to people. He is human and discerning. I will give anything to go the extra mile for him and for the organization. I know I am good at my job but the success of my department largely depends on the positive environment created by my CEO and by our company culture.”

These describe the attitudes of two different CEOs by their staff. One is very unaware of his emotions and of the impact these negative emotions have on his team and the other is able to effectively manage his emotions and the emotions of his team, which translates into a positive impact on his organization.

In this article, we will first define ‘emotional intelligence” and go on to discuss its importance to individuals and organisations. Lastly, we will provide six behaviours to help assess our

Daniel Goleman, the author of The book, Emotional Intelligence, defines emotional intelligence as a person’s ability to manage his feelings so that those feelings are expressed appropriately and effectively.

According to Genos International, being emotionally intelligent means “making intelligent responses to negative emotions in order to generate positive emotions in self and others through being, present, empathetic, genuine, resilient and empowering in our behaviour as often as possible.”

Talking about the importance of Emotional Intelligence, the former CEO of General Electric, Jack Welch affirmed, “No doubt emotional intelligence is more than book smarts, but my experience says it is actually more important in the making of a leader. You just can’t ignore it.”

In an organisation, the way people feel about issues is important and plays a great role. When people feel good, valued, considered, treated well, esteemed, they tend to take positive decisions, which has a positive impact on their behaviours, and this leads to a positive performance. On the contrary, in an organisation where people always feel criticised, not appreciated, not recognized and cared for, they tend to make negative decisions, which will lead to negative behaviours and will end in negative performance. We can clearly see the direct link between our decisions, our behaviours and our performances. We have the choice, as Mavis Mazhura remarked, “emotions can get in the way or get us on the way.”

According to the Genos Model of Emotional intelligence, an emotionally intelligent leader:

We can clearly see that the first CEO in our case study needs to quickly work on his emotional intelligence because he is “damaging his team” and this is having a negative impact on his team’s performance and on the company’s productivity.

As you are read this article, based on the six behaviours listed above, you can do your self-assessment and allow your team members to assess you on a scale of 1 to 5 (1 being “not at all” and 5 being “very”) by being brutally honest with yourself.

It is suggested that once you know your score and the score given to you by others, you may decide to work on the particular behaviour in which your score is low. Your willingness to work on the behaviour and to ask for honest feedback from others can greatly improve your emotional intelligence. Then, you will be on your way to learning to “intelligently use your emotions” to get positive results, to increase your performance and the performance of your team.