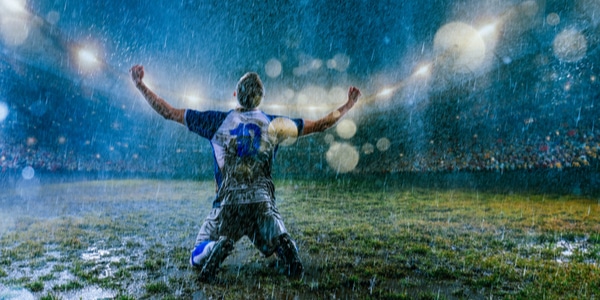 Calvin Coolidge, the thirtieth president of the United States, said the following statement; “Nothing in this world can take the place of persistence. Talent will not; nothing is more common than unsuccessful people with talent. Genius will not; unrewarded genius is almost a proverb. Education will not; the world is full of educated derelicts. Persistence and determination alone are omnipotent.” I have learnt that the secret to a person’s success is not in their talent alone but in their ability to work hard and persevere.

Talent is not enough if you want to be successful. In his book, “Talent is Never Enough,” published on 31 March 2007, John C. Maxwell states, “The toughest thing about being a success is that you’ve got to keep on being a success. Talent is only a starting point in business. You’ve got to keep working that talent.” I have found this to be true in my life. My two brothers and I have always enjoyed playing soccer ever since we were little boys. My younger brother, Grant, is an amazing player, but he wasn’t always. When he first started, he found himself put into the worst team of his age group. He didn’t like that. He quickly found out that there was a massive need for a left-footed player in his age group’s first team and he knew that he could fill that position and make it into the team. The only problem is Grant is naturally right-footed. So, he went to work practising day in and day out to develop his left-foot until his left foot became better than his right. The coach was impressed with wonderful ability and he was selected for the team, even though there were more naturally talented left-footed players to choose from, Grant made the cut. It does not matter how much talent you have if you do not develop that talent those that work hard will always surpass you.

Hard work is the secret to success. Cristiano Ronaldo is known as one of the greatest soccer players to ever play the game, he was the coveted Ballon D’or award five times so far in his career among his many other titles and achievements. So many people hail his exploits on the field but very few know just how hard he has worked to get to this point. Carlos Tevez, a former teammate of his at Manchester United was recalling a story to the Argentinian Media on the 11th of September 2018. He said of Ronaldo’s work ethic, “Ronaldo was very keen to improve one aspect of his game in particular – so much so he was always at the training ground. Cristiano always stopped in the gym after training: for him it is an obsession and, being the best in everything, he always arrived at work early. When the training was set for 9 in the morning I arrived at 8 and he was already there. Even if I arrived at 7.30 he was already there. I began to ask myself, ‘How can I get rid of this guy?’ So one day I arrived at 6 but he was already there! Sleepy, but he was there.” He put in the hours to achieve his dreams. Cristiano Ronaldo himself is quoted as saying, “Talent without working hard is nothing.” If you want to get whatever you want in life, you have to be willing to put in the work.

Many people believe that a person’s success is determined by their talent alone, this is evident in the phrase we use whenever we see someone do something extraordinary, such as, “Wow! That person is so talented!” This is an easy trap to fall into, that I too sometimes find myself in, but as the LA Lakers legend, Magic Johnson once said, “Talent is never enough. With few exceptions, the best players are always the hardest workers.” Hard work will always be what drives us to success.

From the lessons, I have learned from my brother and the amazing soccer star, Cristiano Ronaldo, I have concluded that hard work, “persistence and determination alone are omnipotent.” If we do all we can and work harder than anyone else, not just relying on our talent, well then we will meet with success.