Doubt Everything you Assume! 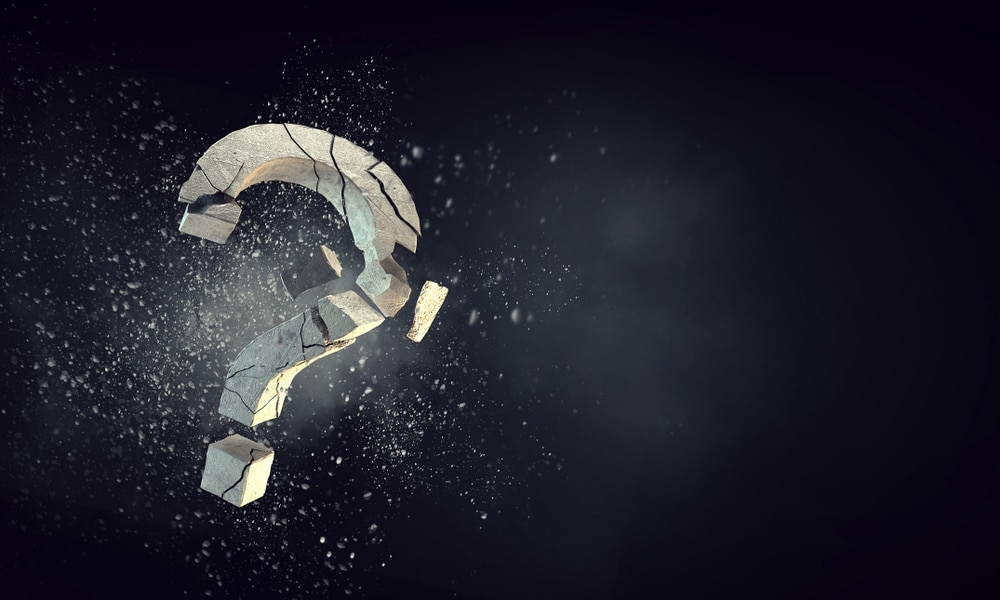 So after several dates, questions and experiences together, you decide to pop the big question: “Will you marry me?” you ask her in a soft voice, as you open the little black box, going down on your left knee, and looking deep into her beautiful green eyes. At first, she st ands in disbelief, and then it hits her… the man of her dreams, her perfect fit has just proposed.

The reason why he asked, and she said yes is based on the expectation that things will work out. This expectation is based on the assumption that everyone will do what they said they will do, we underst and what we are doing, and therefor things will work out. The fact of the matter is that they don’t. I read somewhere this true statement: “Never doubt yourself, but doubt everything you assume?” This sounds a bit negative, I know, but the message for me is – manage your expectations by firstly recognising that they are without exception based on certain assumptions.

Most of us marry (or got married), expecting to be happy and fulfilled. Based on many conversations, experiences and thoughts, we predict a certain outcome and make the decision. We apply for a job at a company, or apply for a promotion into management. We buy a house, start a business, or join a club – all because we have certain needs and expect that those needs will be met after making the decision. We all want to be happy in our work, making a difference in working effectively with others to achieve common goals. We all want to be respected by our peers, our seniors and our clients.

In all of the examples, we only get to know whether it was a good or a bad decision after we have made it. Sometimes we are relieved and thankful that it was the “right” decision, and sometimes we are convinced it was a mistake, but in every single one of these decisions, we will have some positive realisations, and some negative… Furthermore, in ALL the above examples we will be faced with two choices:

What can we do to give ourselves the best chance to make the right decisions? What can we do to have a great start, and keep the relationship, the team, the project, the company steadily moving in the right direction? How can we minimise the negative surprises, and deal with the challenge constructively as it “shows up”, and not when it “blows up”.

The process I’d like to share with you is called the “pinch model” and was first developed by John J. Sherwood, John C. Glidewell, and later extended by John Scherer.

We tend to share expectations without getting into the specifics about the way we want it done. In a personal relationship, we would typically talk about our expectations around running the household, raising our kids, managing our finances and dealing with conflict. In our companies, we’d talk about supporting each other, communicating “openly and honestly”, being professional in our conduct, and dealing with clients etc. Without realising it both parties are making assumptions about the way they need to deliver, and what the outcome will be in delivery.

A woman enters a marriage with an expectation of her husb and based on the example of her own father, other role models or the books she read, whilst the man has his father and role models as examples. She could typically “expect” her husb and to help with the chores in the house, because they are both working full days. He might agree with her, even though his own father didn’t even pick up his own clothes, deciding that he will be different. In a typical week, he’d be aware, and concentrate to pick his clothes up, hang up the wet towels, clean his own bath, and even help to make the bed. He’d probably even feel proud of himself, whilst his wife is progressively becoming unhappy that he is not living up to their agreement. The reason for this is often because she is measuring his behaviour against her own idea of helping, based on the example of her father, who helped with the dishes, laundry the kids, and even the cooking. The same thing happens with a new manager, or team member starting with a new team. Sometimes we don’t even have the conversations around expectations, but even when we do, we deliver on our team members’ expectations based on our assumption of the meaning of their words.

The first important step in this model is to elaborate on our expectations with the specific roles, or actions we link to our expectations. Both parties need to be very clear on the specific behaviour that would meet the expressed expectation. The husb and should ask specific questions to underst and: “Of course I’m prepared to help you with the chores; what do you have in mind.” She needs to be clear, but also ensures that she gives specific examples of what she’d like him to do, where, and how often. This gives him the opportunity to clarify, and negotiate to the level that both parties feel comfortable.

In exactly the same way a manager should ask his team what they expect from him, and ask them for examples to clarify his underst anding of meeting their expectations.  E.g.: “You said you wanted to be kept informed. How do you want me to do that and how regularly? Just an e-mail once a week, a team meeting in the mornings, one-on-one meetings quarterly…? What kind of information is important to you?” etc.

If both parties are clear on the expectations, AND the delivery, the team or relationship(s) can expect to run smoothly, and be stable… That is until something changes… even the smallest of changes. A baby arrives; one person gets a raise in salary, a team member leaves or falls sick. A new system gets installed; a project runs over its expected delivery date. The moment a change in circumstance occurs, both parties immediately make assumptions around the changes and its impact on the existing agreement… I’m sure she knows, I have less time now, in any case, I have taken on an additional responsibility…

The moment there is a disconnect between the expectation (based on the assumption), both parties will feel a “Pinch”. It’s like when you were still small walking in the supermarket and did something that your mom considered to be inappropriate, and because she can’t really discipline you as she’d like to, and instead gave you a pinch (most probably on your ear-lobe… Don’t ask me why… as if that is the reason why we have them…

One would typically alter one’s behaviour based on your underst anding or assumption of what you did wrong, only to find out… That was NOT it. Feelings of ambiguity, apologies, blaming follows the pinch until it gets to the crunch where both parties retaliate, and an argument becomes the vehicle of dealing with the problem that blew up. Many times that lead to non-factual, emotional conversation, and at best a “kiss ’n make-up”, with both parties continuing with the existing behaviour… just trying a bit harder. This often only leads to the next pinch, and crunch, until one party terminates her relationship and leave; or they forcibly re-negotiate their agreement around expectations AND roles: “What do you expect from me?!” “What is it that you want me to do!?”

What the model suggests is that we put processes in place to keep us aware of changes, or at least to be aware of the pinches when they come. As soon as any of the two surfaces, that will be the reminder (the sign), that we revisit our agreement, check our underst anding and agree on a change in action, and keep stability in the system.

By the time I got to learn of the Pinch Model, I have been through a painful divorce, had five children, and changed jobs a couple of times. Since then I have learned to have regular meetings with all relevant parties to ensure that we make each other aware of changes, and subsequent assumptions… Because assumptions are indeed the root of most mishaps… I could have said it differently.