Dare to be Vulnerable 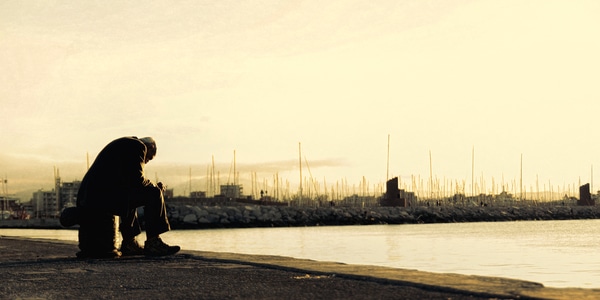 Today I just feel like sharing one of the life-changing experiences that form part of a never-ending-process that is shaping me into a better leader and person every day. Sometimes things happen – seemingly insignificant – but have the potential to shape us for the better. The secret is to reflect regularly and to share it with someone.

It was in the middle of the night, almost 10 years ago that my wife Adèle and I found ourselves in the hospital with Luan, our last born. He was just a couple of months old and was battling some form of a virus. He was very ill and was burning with fever. Our hearts were heavy and we were tired, but not only because of his condition. The day before; we buried one of my soul mates after a sudden unexpected short illness. His bacterial infection was misdiagnosed as a virus, and whilst tests were done to determine the type, his vital organs shut down one after the other. By the time the doctors started administrating antibiotics, it was too late, and he died six days after the first symptoms appeared.

I was scheduled to present a one-day-motivational team talk, in another province the next day. My flight was leaving that same morning at 6 am from Cape Town, South Africa, to Johannesburg. From there I had to make a one hour trip by car to a town called Klerksdorp. We discussed our options and decided that it made no sense to cancel on such short notice and that I was going to be home that same evening. The twins were all sorted with their gr andmother, which meant that I just had to bite the bullet and deliver on my commitment.

In the car between Johannesburg and Klerksdorp, for a brief moment, everything became just too much for me. The tears made it difficult to see the road in front of me and I had to pull onto the side of the road. Moments before Adèle had phoned to find if I was okay and to give me an update on our son. Although I put up a brave front, she must have heard that I wasn’t as well as I proposed. I was still busy composing myself to continue the journey when one of my friends of many years phoned me to help deal with the situation. He is a qualified industrial psychologist, but most importantly, he cares about me.

I arrived at the venue an hour before the time to set-up for my talk and was surprised to find all the delegates already in the room waiting. I needed the alone time to prepare physically, mentally and emotionally – it was supposed to be motivational after all. In one brave moment, I decided to be honest and share with a bunch of complete strangers why I needed to be alone. I said something like this: “Hi guys. I am impressed with your dedication and discipline. I thought I had some time to set up. I left the hospital to go to the airport at 4 am this morning. Our 4 month-old son is very ill, and I  buried my best friend yesterday. I’d appreciate some time to be alone so I can make this session worth your while.”

An impressively well-dressed big African lady, with an equally big voice, got up. With an air of unpretentious authority, she proclaimed that they will do NO SUCH THING! She turned to the group and declared that they will be singing in the conference room whilst I was setting up. If you have never heard a group of African people singing at full volume, you have a hole in your life that needs filling. The room was satiated with the sound of angels. I had my back to them and wept freely. By the time my presentation and equipment were ready to proceed; I had my emotions intact and told the group that I was ready to continue.

“We are not ready to proceed.” She decreed. “We want to pray with you?” As if we were family, the group made a tight circle around me – a group hug. With their arms around me and their h ands on my back and shoulders, they prayed as if it was their child in the hospital, and as if they had lost a friend. When they were done praying, I felt as if I was st anding on the shoulders of a giant, ready to take on the world. The session that day was probably one of the best I have ever presented, and I received more than anyone who came to me for motivation and direction.