The Power Of Reciprocation 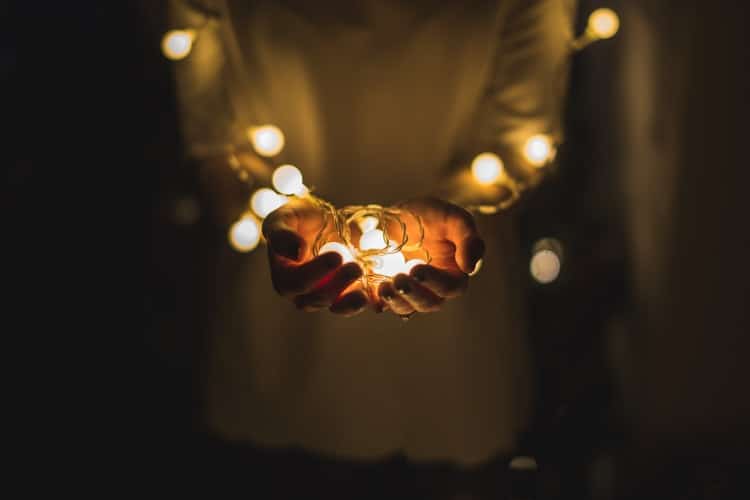 What would motivate the government of South Africa to recently extend a R 350 million economic assistance package to Cuba?

Why would the South African government bend over backwards to help out this country that is anti democratic and riddled with nepotism?

It is estimated that half of South Africa’s population of 50 million people live in poverty, so we can safely assume that South Africa is not exactly in a position to be throwing this kind of money around.

Add this to a 2010 debt write off of R 1 billion and another R100 million in aid and the question becomes even more intriguing.

In 1985, Ethiopia was in the middle of experiencing its worst drought in 100 years. Severe famine, combined with a twenty year old war that raged throughout Ethiopia and Eritrea had resulted in eight million people being dependent on food aid and over a million people dying. It’s easy to just glance over that number.

Can you picture what a million people looks like?

If a million people had to st and side by side with stretched out h ands, they would be able to form a human chain from Cape Town at the Southern tip of Africa, almost all the way to Harare, which is the capital city of Zimbabwe. That’s a distance of just over two thous and kilometres.

Michael Buerk, who was part of a BBC crew that was the first to document the situation, described it as “a biblical famine in the 20th century” and as “the closest thing to hell on earth”.

Ethiopia was probably the last place on earth that you would want to live.

In that same year, amidst the dying and the terror, the Ethiopian red cross made a five thous and dollar donation to the people of Mexico to assist the victims of that years earthquakes. It may not have been a huge sum of money, but as you can well imagine, they were hardly in a position to be of assistance. Why would they do that?

To find the motives for these actions, we need not look further than a well researched and documented pattern of human behaviour referred to as reciprocity.

THE LAW OF RECIPROCITY

Very simply, the law says that we should try to repay, in kind, what another person has provided us.

For example, the law becomes clearly visible on the 25th of December as many of the world celebrate Christmas with the tradition of giving and receiving gifts.

Have you ever been to a large family gathering during the festive season, where it has been specifically agreed that there will be limited giving of gifts (immediate family), only to find yourself on the receiving end of a gift from your Aunt Martha whom you have not seen in ten years?

It was the last thing you were expecting and you had certainly not planned on giving her a gift as per the agreement decided beforeh and. Think about how you would feel?

You may feel a sense of gratitude and appreciation, but I would venture to say there would also be a feeling of obligation and indebtedness – a need to want to repay her for the gift in kind.

Consider the experiment conducted by Dr. Jenifer Kunz a number of years ago. She decided to send very nice Christmas cards to a total of 590 complete strangers, r andomly selected from her local directory. Whilst she was expecting somewhat of a response, the response that she received was amazing.

The overwhelming majority sent a card in return and of those, the overwhelming majority did not even inquire as to the senders identity. This sense of obligation seems so pervasive of human culture that the sociologist Alvin Gouldner after years of study on the subject, has said that there is no human society that does not subscribe to the rule. In some cultures the practice of gift giving is so ingrained that it determines your hierarchy in the community.

Let’s go back now to our two opening stories and the questions that we asked afterwards.

What would drive this behaviour?

The ANC has a long history with the country of Cuba starting in 1963 when Che Guevara met with numerous leaders of the military wing of the ANC – Umkonto we Sizwe. This resulted in a relationship spanning decades with Cuba training MK soldiers at Novo Katengue in Angola and Havana.

Former South African President and former leader of MK, Nelson M andela, had this to say about the Cuban relationship “I must say that when we wanted to take up arms we approached numerous Western governments for assistance and we were never able to see any but the most junior ministers. When we visited Cuba we were received by the highest officials and were immediately offered whatever we wanted and needed. That was our earliest experience with Cuban internationalism”

Earlier in 2012, when trade and industry minister Rob Davies confirmed this economic assistance package to Cuba he justified the decision with the following words , “If it had not been for the contributions and sacrifices that Cuba made to the battle of Cuito Cuanavale and the impact it had on Namibian Independence, and the effect Namibian Independence had on the transition to democracy in South Africa, I think we might well find ourselves battling with the demon of apartheid for several more years, and possibly a decade longer than we did.”

The Ethiopian question is also the story of a debt that spans five decades.

Despite the dire need in Ethiopia in 1985, the money was sent to Mexico because that country had sent aid to Ethiopia in 1935 when they had been invaded by Italy. The need to reciprocate had transcended great cultural differences, long distances, acute famine and immediate self- interest. A half century later, against all odds, obligation had triumphed.

THE POWER OF RECIPROCITY

The law of reciprocity has powerful implications in all aspects of our lives. From our relationships at home, school and at work, human beings have a fundamental need to reciprocate.

We have been in Cape Town now for less four and a half years and when we first arrived, my son Ethan, who was eleven at the time really struggled to adapt and fit in at his new school. He had been at his previous school in Durban since Grade one and was a very popular, well liked fellow when we left.

All of a sudden he found himself in a strange city, in a school with a melting pot of different cultures and he was now a nobody in an exceptionally competitive all boys school. Boys are a very different prospect to girls. They won’t readily go out of their way to make a new fellow feel welcome. They want to suss you out first, get a bit more information, establish whether or not you will threaten their spot on the cricket team and all of this is done whilst remaining distantly aloof.

If Ethan was going to adapt quickly, he would have to get out of his natural comfort zone and try reach out. In the beginning he would take a soccer ball, or cricket bat and ball to school and invite a whole lot of boys to join in during break. He would reach out to the boys on the fringes and get them to play as well.

It was his birthday not very long after we arrived and he invited a number of boys to his birthday party at the local cinema. Pretty soon the law of reciprocity kicked in and he was invited to a few birthday parties and made a few friends on the sports field.

IMPLEMENTING THE LAW OF RECIPROCITY

Irrespective of how well we know someone, they will feel an automatic need to repay acts of kindness. If we take the focus outside ourselves and add value to the lives of others, we invoke the law and we st and to benefit far more than our initial investment.

Try it out with your customers in the next few weeks. You may be surprised at how much of a difference a few r andom acts of kindness will make. Try giving a small gift and then asking for referrals at your next sales appointment.

I’d love to hear how this law of reciprocation works for you this week. Pop me an email at eddie@mcatraininginternational.com, I read and respond to every one.

Have an extraordinary week.