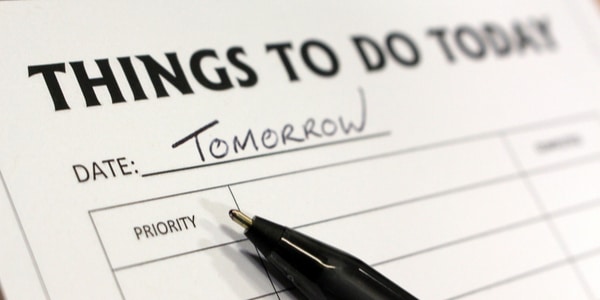 The end of my four-year undergraduate study had come so early and unexpectedly. I knew I would get here at a point but did not expect it to be this soon. As I waited for my roommates in the lobby of my hall of residence, I realized there were many things I was yet to explore. I had never been to the Southern part of the campus during my entire four-year stay. My roommates, Bernard and Felix, always teased me for not taking a chance. My response to their teasing was always “I will go tomorrow.” Among the many things I was yet to do, one that obviously stood out was not haven started my project work. For some reason, I have always enjoyed working under pressure to the extent I have always told myself I perform better under pressure. I was used to waiting the last minute before getting things done. Honestly, it had worked so far.

My grades weren’t terrible for starters and I didn’t overly struggle in class as well, so I felt I was generally in a good place. I had two follow up questions to literally anything that required an immediate response and they were, “When is the deadline?” and “Can we start working on it later?” I would then idle about till the deadline and then struggle to scribble something down to fulfil all righteousness. I knew it was wrong and most of the papers and assignments I wrote were below my capacity but those idle moments before the deadline were just amazing. Imagine sitting in your bed doing literally nothing and not much to think about. I was not ready to sacrifice those moments.

However, it all changed one afternoon when I received a text from my faculty that we were supposed to submit the first draft of our ninety paged project paper in three days. This was the final reminder to all those who were yet to submit. Customarily, I had ignored all the earlier reminders. I quickly went into panic mode! A lot of things started running through my mind; I was fifteen-thous and words away from completing my fifteen-thous and-word paper. Where do I even start? I couldn’t just plagiarize someone’s work. Even though I had mastered the skill of procrastination, I had some integrity in the bag as well.

I just couldn’t think straight. I had been caught up in this situation of imminent deadlines almost all the time. What was different with this however was the volume of work which needed to be done in seventy-two hours. I jumped out of my bed and decided to go to work. I spent two straight nights in the library without up to five hours of sleep in total trying to scramble my way through the paper. In three days, I had ninety pages of content to submit. As to whether the content was good enough was a different discussion.  I had no time to read through my paper as a result of my haste to meet the deadline. After submission, I was disappointed because I honestly thought the paper wasn’t satisfactory. I now started praying that I shouldn’t be reprim anded for the lack of depth. Unfortunately, my selfish prayer was not answered. I received a call from my supervisor two weeks later who stated his disappointment in the various degrees of errors the paper had. He gave me no chance to correct my errors and as expected that was my lowest grade in my four years of undergraduate study. My ego was dented, and I resolved never to go through that situation again. I wondered how I could undo this lifestyle I had mastered over the years.

I quickly realized that one of my roommates had a simple, yet effective way he went about his day. When he woke up, he would spend five to ten minutes writing down all he planned on doing in the day in a small journal he always kept on him. Once he was through with a given activity, he ticked it off his list like a hero. No matter how small that task was he prided himself in its completion. I could sense a genuine level of happiness anytime he spoke about all he accomplished during the day. At the end of the day, he would spend another five minutes going through the tasks he was unable to do for the day and reassigning them to the next day.  This proved to be very effective for him as he never had panic attacks due to imminent deadlines and was able to spread tasks across a longer period. He even had a better social life than I did even though I felt I had all the time in the world. I swallowed my pride and learnt from him. I attended other seminars which helped me underst and the negative effects of the panic sensation I feel when deadlines are approaching.

Thankfully, I can say I am better than before. I plan for tasks more effectively because over time I realized that at night when I begin to recount my days’ activities, there are only two regrets I have, “the decisions I never made” and “the actions I never took”.