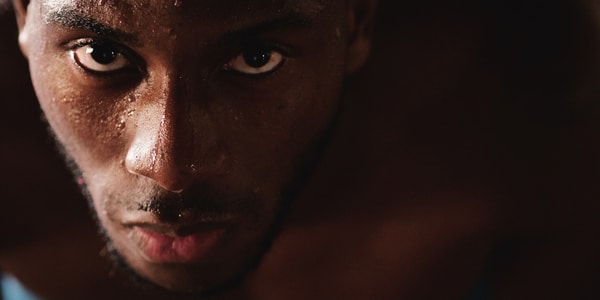 We often see successful people on the television screen, movies and books are made and written about their great success, even merch andise is sometimes br anded with their picture – but what is it that made them into this triumphant individual we see? Were they just so naturally talented that success just flowed to them, or perhaps they had to work hard in the secluded shadows where the public eye does not see in order to reach this gr andeur of success? Hard work will always overcome talent, I have learned this through personal experience as well as through studying the words of successful individuals.

Firstly, Gordon B. Hinkley said: “Without hard work nothing grows but weeds.” The visionary illustration that Hinkley portrays is one of a garden in which our lives can be likened. Just like a garden which requires hard work to become beautiful and to keep the garden without weeds, our lives need consistent work if we are to become successful and stay successful. This point is solidified by the parable of the talents, as found in the Bible. In the parable, 3 persons received varying amounts of talents (a form of currency) from their Master. After a time, the Master inquired to know what the 3 persons had done with the talents they were entrusted with. 2 of them reported that they had both doubled the initial talents received, but the last one hid his talent as he was afraid to lose it, thus he remained with only that which he received. Talents in this parable can be likened to our own talents (natural abilities, skills, etc.) that we are born with. Without hard work we cannot increase our abilities nor by just relying on our talents can we expect there to be success, we must work hard on what we have been given by God in order to increase our abilities.

Secondly, I have seen in my own life how those with talent will eventually be surpassed by those who work the hardest. Growing up I played competitive soccer from the age of 8 years. By the time I was 10, kids I played with were being chosen to play in academies – these kids were just so good for their age and naturally talented. I decided that I wanted to play for an academy too and so I started working harder. As I got older some of those kids returned to our team as they were no longer good enough for the academy. By the time I was 17, my hard work finally paid off as I began being selected for not only academies but for Provincial teams and a 2010 World Cup development squad. My hard work had allowed me to surpass my peers who were naturally talented at soccer. Famous actor and WWE Icon, Dwayne “The Rock” Johnson, stated: “Success isn’t always about greatness, it’s about consistency. Consistent hard work leads to success. Greatness will come”. I know that consistent hard work pays off, it usually takes a long time, but hard work will always be rewarded.

There is a popular belief that if you are born with certain talents you will be successful and if you do not have certain talents you are doomed for failure. I have personally met many people who look at the success of someone and say “They are so lucky, they are so talented”, or “I wish I was as talented as them, then I’d be successful too.” We often see these affluent individuals when they have already put in the hard work when they have already cultivated their talents to lead to success. We do not see the years and years of countless hours spent in developing themselves. There is a quote from Tim Notke, the high school basketball coach of famous NBA star Kevin Durant, which reads: “Hard work beats talent when talent doesn’t work hard.” I feel this quote puts into perspective that no matter how talented you are, hard work is what is most important to reach success.

I st and with my initial statement that hard work is imperative for success, it cannot be replaced by anything else, even talent. If you are wanting to be successful at anything in life, don’t falter at thinking you can’t be because you are not as talented as someone else. Work hard, stay committed and you will see that success will come to you.