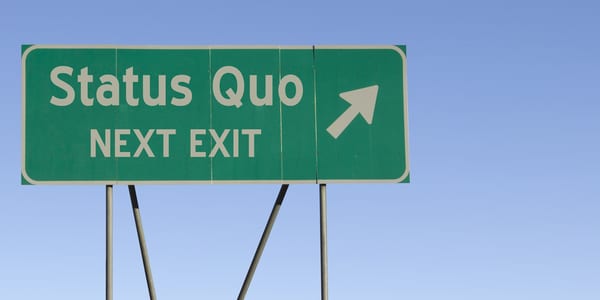 Conformity, Standard operating procedure, Rules and regulations, Policies, Boxing everything up! When is enough, enough!

The will or the neural wiring to take one from being a conforming Leader to one who is willing to test the boundaries and break down the walls is in my book the need of the hour. Let us face it – the world has changed dramatically and the rules of operation are no longer the same.

Whilst there is a certain sense of comfort in approaching things from a place of familiarity, the downside is that it becomes a place of solace and thus rarely does one wish to stray very far away from the centre. The element of acceptance within the “conformity space” becomes a major motivator for the majority to merely exist and not live.

Those who are willing to challenge the status quo have a key role to play in bringing about change and foster creativity. As someone who worked with great organizations, talent identification was key from the hiring to their development and eventually to their success. One of the areas that I paid special attention to in Talent was the courage to be different.

For example, one of my most favourite questions to ask an interviewee right at the end of the interview was to describe me as the interviewer – with a caveat that whatever their answer, it would not affect the outcome. There are two other reasons as to what I look for, but the third is the element of courage to see if they will utter words of critique. One who has the ability to say something that is not positive moves up in my analysis.

The paradox I was referring to above, relates to organizations who want to innovate and yet want their people to conform to certain norms. Rebellious people in organizations help us to overcome averageness and injustice. Without them, an organization will remain in a state of familiarity until an outside force pushes them to become non-conformist – if at all the circumstances allow you for in a lot of cases it is probably too late.

Professor Charlan Nemeth of Berkley, in her book “In Defense of Troublemakers”, explains that most people do not speak up even when they know it is wrong. The fact the consensus speak otherwise serves to change the mindset of those who know it to be wrong.

The major purpose of those who are considered troublemakers are those who wish to push the agenda away from injustice and mediocrity. In reality, they are usually the ones responsible for a good number of changes as well as prevent organizations from going down the oft trodden path.

Sometimes more harm is done by not speaking up. Nemeth having studied businesses, juries, airline crews and any team as such goes on to showcase that dissent actually provides clarity and allows for better decision making.

Have you actually considered the fact that when we do not have an honest conversation, we are actually being dishonest, to ourselves as well as to those with who we are interacting! Stop conforming because it is counter-productive.

Rebellious people actually help facilitate change. They help us see how some of the things we do routinely are not really helping us move forward but are actually holding us back. They help break the myth that conformism is better because it is safe. Sometimes those who speak up are stigmatized but in reality, they are merely messengers of their consciousness most of the time which in essence only have the good of the organization at heart.

So how should organizations encourage it and yet have a semblance of running a well-oiled machine!

Let’s not confuse behaviour with intention. Resistance and unhappiness are warning signs. Disengaged employees are not a disease, but a symptom. Let us learn to listen to them and discern what is truthful and what is mere hearsay. Business today needs creative and independent thinkers. It needs innovative, brilliant ideas, and persistent, goal-focused people who can execute them. So, do we really have time for evolution or is it time for a revolution!