5 Reasons your team is not achieving results 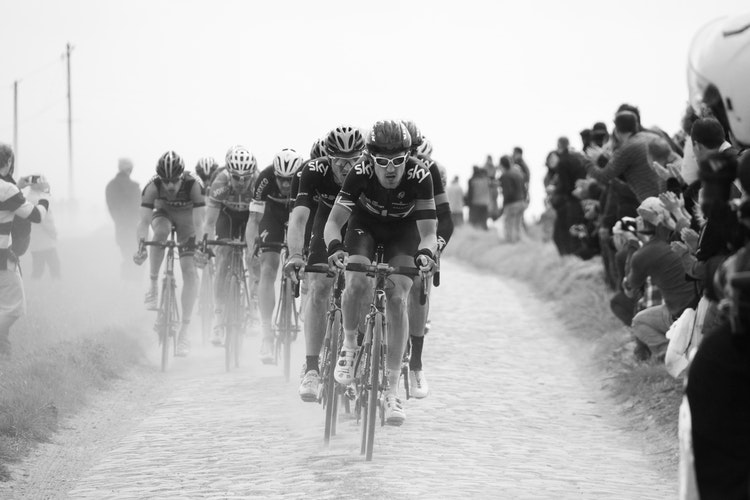 It’s the start of a new year. Your team has created a strategy and you’ve plotted the way forward into the dusty, uncertain future. Your team is good at this. Leaders are generally fantastic at strategy. We’re great at coming up with new ideas. Where we come short is in the execution, the implementation of those great ideas. Think about your last year, those brilliant initiatives that didn’t quite take off. What happened to that exciting project that got started and we didn’t make happen?

Did they generally crash and burn in spectacular fashion, or were they slowly suffocated by the urgency of the other things in our jobs. I’m going to venture to say that it was the latter, the slow, gradual suffocation of an idea that had to compete with the continuous, turbulent whitewater in our lives and our jobs.

We have worked with many organisations and many leaders and we find that there are always a few key reasons why teams don’t achieve their highest priorities.

The real challenge with achieving goals of any real significance is that it often requires large groups of people to significantly change behaviour. It often requires people to develop new habits over an extended period of time. With all of these challenges, how then do we move our teams forward to achieving results they’ve never achieved before? To achieve goals you’ve never achieved before, you’ve got to do things you’ve never done before.

The power of focus.

One of the biggest reasons that teams fail to consistently achieve results is that they try and focus on too many goals. The law of diminishing returns with respect to goals is real. Research shows that when individuals and teams have too many goals there is an increasing conflict between the goals and eventually people lose track of all the goals. Most goals that lead to anything worthwhile will require some sort of behavioral change. They often require people and teams to develop new habits. Habits are complex when it comes to moving large groups of people and are best attempted when there is focused action.

The question we often ask teams is “If your team didn’t have any goals would the people still be busy? Of course they would be. There are pressing dem ands from every aspect of a business. Customers are dem anding faster response times. Business in the 21st century is requiring us to achieve more with less resources, to do more in less time. When this constant whitewater competes with the introduction of multiple goals, many requiring real behavioral change, it’s easy to see how great initiatives die slowly.

Research generally says that if your team is going to try and achieve 1-3 goals with excellence in addition to the constant pressures of our normal daily routine, there is a pretty good chance that you could achieve them. If your team tried to focus on between 4 and 10 goals you would be lucky to achieve 1 and if you focused on more than 10 you would achieve zero.

Ask yourself the following question, “If all performance levels in your team stayed exactly the same, What’s the one single thing that would have the greatest possible impact in your business?” Get your team to focus on that. It seems like an easy question to answer, but it’s deceptively difficult to really nail down. So, it’s not only about focus, it’s about focusing on the one single greatest impact goal. To read more about focus, read my article “The myth of multi-tasking – The power of laser focus”

What are the behaviors driving your results? Measure those.

Your team goal needs to be measurable. You need to know what your current performance levels are and you need to clearly articulate what the new performance target is. The real challenge in the equation is in identifying the behaviors that drive performance. Not all actions are equal. Some actions have a much greater impact when reaching for a goal. Whatever the strategy the team adopts, there are two kinds of measures that will come into play: Lag and Lead measures.

Lag measures are the tracking measurements of the goal. They are the end result measures, they are also the progress measures. Things like sales, revenue, market share, customer satisfaction are lag measures. These are the measurements that most teams typically focus on. Think about it: When we set a sales goal, typically what happens is that we measure sales on a regular basis. We focus on the number of units sold, we focus on total sales. There is a problem when focusing on these numbers.

When these numbers come in the performance that drove them is already in the past. You no longer have control over them because it’s all historical data. In many cases the results were achieved by accident, because we don’t even know what behaviors or actions produced the result. All we have left is the final result for the week or period measured. This is one of the greatest reasons why we don’t achieve the results we desire. We don’t know what the high leverage activities were that drove the result.

It’s all about leverage. Lead measures are the high impact actions or behaviors that were required in order to get the result. The challenge here is in identifying the behaviors that are both predictive of the results and that can be influenced by the team. Ask your team the following questions “What are the high impact activities that will result in goal achievement?” If we do this, will it result in that? Are these behaviors or actions all influenceable by the team, or does it require the intervention of some other individual or group. If the action is both predictive of success and influencable by the team then it is a lead measure and this is ideally what we want to be measuring.

Again, this sounds deceptively easy, but it involves great trial and error. Not all actions are equal. Some actions have much greater leverage than others. If you measure these behaviors on a weekly basis you will soon get a good idea if they are driving the numbers in the desired way and if you get the whole team involved, you will start to see some really creative and innovative ideas come to the fore.

Get your team into game mode. Keep score.

Have you ever watched a group of teenagers playing any competitive sport, like rugby, soccer or basketball and then noticed how the dynamic of the game changes when they start keeping score. As soon as they get into game mode, the intensity changes. The team instantly become more engaged. I play a little tennis and I have seen it on the tennis court. If I am just knocking with someone or just practicing with someone, the same level of intensity isn’t there. The intensity, focus and engagement levels all change.

The key here is that the players are keeping score themselves. When they feel in control of the process and feel that they are playing a game that they can win everything changes. If there is a goal to focus on and the players know the high impact activities that will drive the results and they can see at a glance what the score is, then they can see if they are winning or losing. Get your team to build a scoreboard that keeps them in the game. The scoreboard should be simple and should include both the lag and lead measures.

It’s about relentless accountability for commitments made.

This is where team culture really changes. This is where those goals that require long term sustainable behavioral change are either achieved, or where they die a slow death. This is where real leadership is required. Up until now, all the team has done is set up the game, but until you as a team leader start holding team members accountable for the commitments made, they really aren’t in the game yet.

Teams meet once a week for no longer than twenty minutes. The sole focus of the meeting is to review the high leverage activities or lead measures. Every week team members make commitments to themselves and to the team. In addition to the high leverage activities that we are measuring, we are asking the following question of each person. “What are the one or two things that I can do this week that will help move the scoreboard closer to our target.

We review the scoreboard – we hold team members accountable for the commitments they made last week and then we make new commitments for the upcoming week. Why is relentless accountability important? My son, Ethan completed grade 11 last year and we implemented a similar system before his end of year exams. We asked the question, “If all your subject performance levels were to stay exactly the same, what are the one or two subjects that would have the greatest possible impact on your year and your future. We decided on a target for both mathematics and science. We identified the high leverage activities or lead measures that would drive the desired success and we measured them weekly.

I had to go out of town for business the one week and we missed out on the accountability session. This was compounded by other things that distracted the weekly session for a couple of weeks. When I did get back into asking him about the commitments made, he was a little surprised and asked if we were still doing that.

The same thing happens in teams. Life happens, the relentless turbulence of the white water distracts us from the goal unless we create a culture of accountability. With time it becomes a new habit. The high leverage activities are done because they are so ingrained in our psyche. They become part of “the way we do things around here”.

Ethan improved his mathematics and science results by over ten percent in his final exams. I was chuffed with his results and so was he, but I was more chuffed with the focus and the new habits he adopted over those weeks. I am looking forward to seeing what he can achieve in his final year of high school this year. I know it’s going to be good.

Have a super week guys. All the best for a phenomenal 2018