The Power of Feedback in Leadership 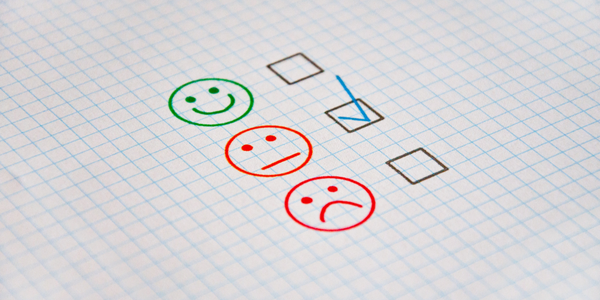 “Your feedback is a priceless and valuable gift for us”, said a lady during a conference I attended some months ago. These words stuck in my mind. I pondered over it for a while, and it has led to the writing of this article.

In this article, we will first talk about the origin and definition of feedback. Then, we examine the importance of giving and receiving feedback. Finally, we will share some tips on how to give and receive feedback.

Origin and Definition of Feedback

“Feedback” was a term borrowed by the German philosopher and psychologist Kurt Lewin from electrical engineering and rocket science. When a rocket in space sends messages to Earth, mechanisms receive and interpret the signals and then send “feedback” to the rocket so that it can correct its position or make repairs. In Lewin’s comparison of humans to rockets, he drew the analogy that people generally send out signals in the form of words, body language and actions. Receivers catch these signals and respond in ways that are intended to adjust other people’s behaviour. These responses are what is referred to as feedback.

Feedback helps to improve performance and effectiveness. Honest and direct feedback helps people to become effective and encourages people to excel. According to Ed Batista, “to become more effective and fulfilled at work, people need a keen understanding of their impact on others and the extent to which they’re achieving their goals in their working relationships. Direct feedback is the most efficient way for them to gather this information and learn from it.”

Trust, good communication and strong team engagement are nurtured in a team where people can give and receive feedback freely. One author puts it this way, – “What is the shortest word in the English language that contains the letters “a b c d e f?” Answer: feedback. Don’t forget that feedback is one of the essential elements of good communication.”

In a culture where direct feedback is promoted and strongly encouraged, leaders tend to improve upon their emotional intelligence. Emotional intelligence is “how intelligently people use their emotions to get positive results”. Once a leader receives feedback on how his emotions, behaviours or actions positively or negatively affect his team and is willing to work on that feedback, he becomes an “intelligent” emotional leader. Developing emotional intelligence abilities allows persons to recognize and regulate emotions in ways that enhance their ability to have mutually satisfying interpersonal relationships. Effective leaders know how to build those relationships in ways that enhance performance at the individual, team and organizational levels. A critical component of those successes involves giving and receiving feedback in positive and effective ways.

Feedback is a test of how secure and confident a leader is. According to some research done by Harvard Business Review, there is a strong positive correlation between a person’s level of confidence and his or her preference for receiving negative feedback. Confident leaders tend to seek and accept feedback. For the leaders who subscribe to this assertion of Jim Trinka and Les Wallace, “Feedback is a gift. Ideas are the currency of our next success. Let people see you value both feedback and ideas.” These leaders “examine what is said and not who speaks.”

Some Tips on Giving and Responding to Feedback

In summary, organizations which tend to make an impact and are excellent should value giving and receiving feedback at all levels, including at the lower level hierarchy. As Ed Batista advises, “Make feedback normal. Not a performance review session, ”since “feedback is the breakfast of champions.”