Perseverance: The Leader’s Most Powerful Trait 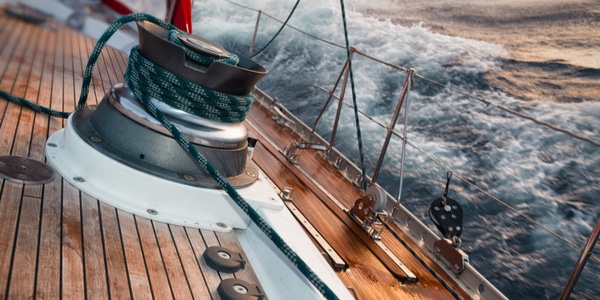 In this article, I am trying to outline one simple truth I have learnt along the way that there are so many challenges that surround the leader. One is constantly and persistently in the firing line. The disruptive changes of today’s competitive business environment shove even the most seasoned, experienced, tested and hardened leaders to their limits. No organization, company is exempted from setbacks. Many business leaders today agree that life is a continuous and endless run of difficulties, hardships and adversities which has become the new normal. In addition, from the word go, there are large numbers of the subtle temptations to turn the head and trip the feet of the leader.  Hence, the leader prepares himself or herself for action and fight the good fight of leadership even though he is compelled to go against his values and destroy his character – a decision to never give in or give up – perseverance.

I am of the view that it should be a common secret how useful in today’s business environment a consistent leader is and how much damage to the cause of leadership an inconsistent leader may bring. The battle of authentic leadership is severe. A leader’s career is always fighting, never ceasing, always ploughing their head in the stormy seas of the challenging business world and never resting till the desired goal is reached. A leader cannot afford but maintain a consistent and honourable character as well as drive and stamina.

Here are three important things to keep in mind regarding perseverance in leadership:

Any tree is known by its fruits and not otherwise. The same can be said in leadership that a leader is known by his own fruits, not speech. It is the consistent produce of the fruits of leadership in your life year upon year despite the obvious challenges and setbacks but consistently and sincerely aiming at making a positive difference in your generation that will tell the world around you that you are a true leader. Your works as a leader born out of true character will justify you as a true leader, not just a position or title alone. Since time immemorial, leaders who knew their purpose and chose to persevere to the end have deemed to be seen to be leaders who are bigger than life.

In any race, there are spectators and runners. Leadership is a race to be run. It is a battle to be fought and it is a trust to be kept. The winner is announced only when the race is over – how and why? Perseverance. He who continues and reaches a goal can be considered a leader finally. As a leader, continue until the war is over. The leadership journey is upward and onward. Those who merely begin and not persevere can’t be counted as leaders. The worst people are those who begin and then give up. This reminds me of a proverb that says, “That which is best when ripe, is worst when rotten”. It is not just to begin but to continue to the end which truly identifies one as a true leader. Perseverance is the mark and insignia of true leaders who hold on to their values and belief systems in spite of. Such leaders grow stronger and stronger.

As one witnesses the demise of leadership in our generation, you can only but conclude that the odds against the leader are many both external and internal. The greatest foes being those from within. For example, the subtle temptation to compromise one’s values in leadership always stabs at the leader’s perseverance and sometimes will bully the leader, persecute him with its sharp tongue and yet at another time will flatter him. The beckoning of compromise in values in leadership sounds so gentle and sweet and yet has one goal – cease the leader’s walk.

Do you have difficulties as a leader? You must conquer them.

As a leader, you will be exposed to many storms in leadership but hold on firmly to the anchor of perseverance. Nothing can dishonour and weaken a leader so much as no longer taking great care and concern of their actions. Hold on to your values at all times. Ensure that there is a great deal of carefulness over your actions and know where your great strength lies and depend on it. A leader who perseveres st ands equipped and ready to hold out, endure and remain faithful for the long haul.