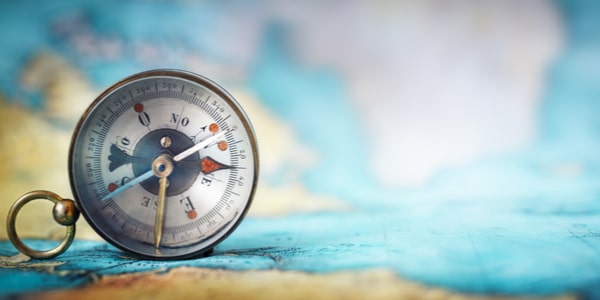 “It just happened!” Whether you are a manager, a parent or a teacher; I’m sure you have heard this before. The fact is; very few things go wrong over-night. Most things that go wrong give us several options to choose from and various warnings before the crisis hits. Sometimes bad things happen unexpectedly, and sometimes good things turn bad gradually. Accidents happen, but wrong choices – be it our own, or as a result of other people’s choices – something that we thought was good, turns sour. There is a pretty st andard way that human beings navigate through changes and challenges in life. Let me take you on a journey and share some of the things we experienced, the choices we made, and the outcomes we had to face resulting from those choices.

In 1998, I was working as a business development manager for a large South African insurance company and had my office in S andton, Johannesburg. I wasn’t happy in the position and took the job for all the wrong reasons. When things were at its worst, I received a call from an ex-colleague from our head office in Cape Town, asking if I’d be interested in moving to Cape Town to work with him in the learning development environment. I realised at a later stage that I agreed to move, more out of desperation, and to get out of a situation, than towards a well thought through opportunity. In June 1998 I took my family and moved to Cape Town. This was a major change for my family of four (almost five) – my pregnant wife, a boy of 6 years, and his younger sister of 4.

The first stage of such a change is called the honeymoon. I remember driving around in the beautiful surroundings of the Western Cape in awe, and in the summer that followed; enjoyed the hours of sunlight remaining after work – going to the beach, hiking up Lionshead or taking a scenic drive around Chapmans Peak. But then in the months that followed a few unexpected things happened. Our house in Johannesburg didn’t sell and caused tremendous financial and emotional strain, a restructuring led to a lateral move that felt like a demotion and the work wasn’t what I expected. I started doubting myself and my abilities and questioning our decision to make the move. Doubt led to a lapse of self-confidence. When our baby was born, and my wife couldn’t help with the bills; the situation spiralled into a crisis. The question “WHY?” made everything worse. Ignoring the situation, and pretending everything were fine, just caused a build-up of tension under the surface and caused a bigger crisis to follow. With the help of close mentors, I learned that the first step out of any crisis is the acknowledgement of the problem and the acceptance that it happened. This does not mean accepting “why” something happened, but accepting that you cannot undo what occurred and that YOU (I) have to deal with the consequences of the decision or situation.

Accepting that it wasn’t exactly what we have hoped for brought us to the life-changing question… the question “What now?” “What now” shifted our focus away from the problem to looking for and finding solutions. It prevented us from looking for something or someone to blame (even it was ourselves), and to find ways to navigate our family through the consequences of our decision and to make the best of the situation. This was a very liberating feeling, which led to us making peace with the things we didn’t like and embrace the things we needed to do to make it work.

Too often we get stuck with the question “why?”, and never move beyond the mistakes or disappointments. A great number of people find acceptance that something bad had happened, but never go beyond the acceptance of asking the right question: “What now?” This question has saved us out of every crisis and is doing the same during this p andemic. The great thing about the question is that we don’t have to wait for the crisis before we ask it. At every stage during the process of change, the question will impact the journey from a reactive, possible victim mentality, to taking responsibility in word and deed.

Ask the right question, and experience the liberation out of negative realities!

You have read the article… What NOW?