Leadership Made Easy – Just Be Yourself 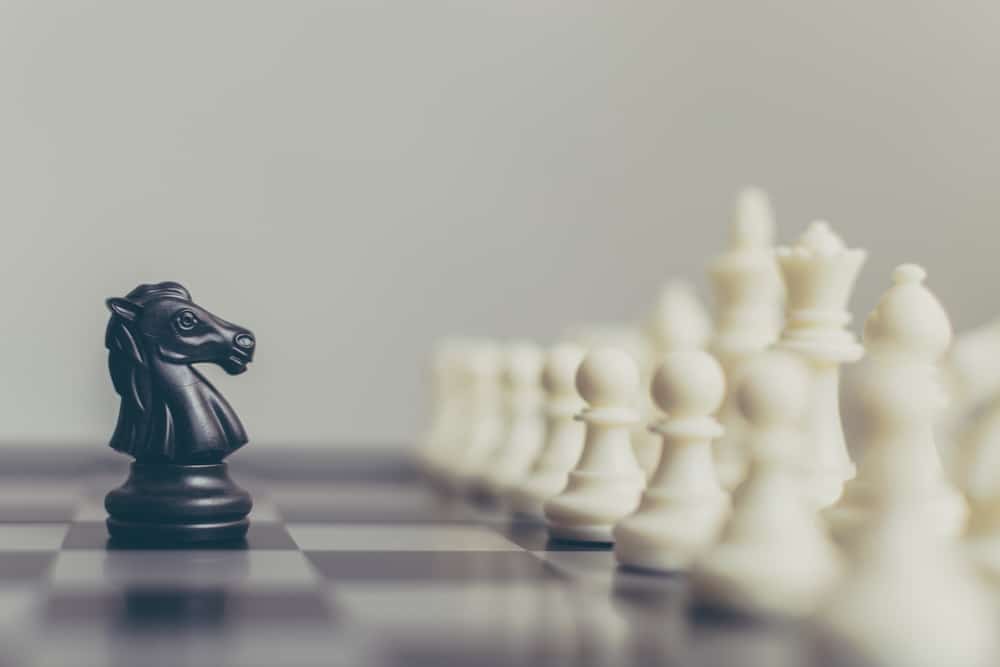 “While leadership is important everywhere in the world, the way that people actually lead can differ by region. Many researchers have examined what good leadership looks like in Western cultures, but leadership in most of Africa has not been explored in much depth. What we do know is that ideas about leadership are tied to culture, religion, educational background, and language” – Centre for Creative Leadership, 2015

What is leadership and how can the concept be simplified and contextualised from the myriad of definitions out there? Ordinary citizens are increasingly offering simplified enactment of the concept in their ordinary engagements with life across Africa. This article is dedicated to these selfless individuals.

Saturday 23 March 2019 was just an ordinary day for many people around the world; but not so for one individual by the name Peter Tabichi. For Peter the day heralded a new chapter in his life; after being declared the winner of the 2019 Global Teacher Prize at a colourful ceremony held in Dubai. He not only became an embodiment of great leadership, but he also demonstrated that you can become a globally celebrated star by simply following your passion and consistently doing good in society.

Peter is a science teacher and Franciscan Brother who gives away 80% of his monthly income to help the poor.  His dedication, hard work and passionate belief in his students’ talent has led his poorly-resourced school in remote rural Kenya to emerge victorious after taking on the country’s best schools in national science competitions. He has changed the lives of his students in many ways, including the introduction of science clubs and the promotion of peace between different ethnic groups and religions. He has also helped to address food insecurity among the wider community in the famine-prone Rift Valley.

The Global Teacher Prize is presented annually to an exceptional teacher who has made an outst anding contribution to their profession. The Prize serves to underline the importance of educators and the fact that, throughout the world, their efforts deserve to be recognised and celebrated. It seeks to acknowledge the impacts of the very best teachers – not only on their students but on the communities around them.

From a nomination list of over 10,000 teachers spread across 179 countries around the world, Peter emerged the winner and in so doing brought the award to the African continent for the first time. This is a significant achievement for Africa, a continent that is endowed with an abundance of resources, yet has some of the poorest communities on the surface of the earth. Peter’s ecosystem is one such poor community within which he has ably demonstrated that with the right attitude and focusing on the most important things; one can achieve great things even with humble resources.

In Peter’s own words, “Seeing my learners grow in knowledge, skills and confidence is my greatest joy in teaching! When they become resilient, creative and productive in the society, I get a lot of satisfaction for I act as their greatest destiny enabler and key that unlocks their potential in the most exciting manner”.

Peter offers deep, yet simple, insights for leadership thought and practice in our great continent. It offers a challenge to those privileged to hold leadership responsibilities in private enterprises, civil society, government bodies, religious and community projects, families, etc. As I join the world in celebrating Peter, I take the opportunity to reflect on some of the deep but simple nuggets of leadership insights from his approach to life that has made him a living legend in the community.

It’s not about you

There is a common quote from John Quincy Adams that “If your actions inspire others to dream more, learn more, do more and become more, you are a leader.” This notion offers a more encompassing view of leadership away from the often-misconstrued perception of a leader as an office bearer or title holder. Leadership in this wider sense is broad and practiced at many spheres of life. Indeed, leadership is woven into the fabric of civilization and has a long history dating back to the ancient Greek and Latin Classics, the Old Testament in the Bible, the Hindu religious texts and in the canons of Confucianism.

Sadly, our continent has many individuals occupying positions of responsibility across various sectors who have a warped view of leadership as being about themselves. Peter’s approach to life offers great insights as one reflects on the foregoing notion of leadership.

Leadership is about stewardship. As a leader, you are responsible for much more than yourself. Your raison d’être extends way beyond you. Your measure of success and source of gratification should not be defined by adjectives about or around you. For Peter, it is about the learners that are entrusted to his care. It is not about the size of his pay cheque or balance in his bank account. In fact, he commits 80% of his monthly pay to his raison d’être – the community around him that is wallowing in poverty.

There tends to be a constant pressure throughout life for one to be a different version of who they truly are. The notion of an ideal person-out-there is a constant reality being weaved into our psyche throughout life. The pressure to conform to that ideal ‘you-out-there’ forces many people to exhibit a ‘mask-self’ and often yields a sub-optimal level of gratification in life. Many leaders and people have found themselves literally chasing after the wind, and doing so quite fast. Such a chase often yields hopelessness and frustration.

Just like a vehicle whose wheels are not properly aligned wobbles and wears the tyres when driven at high speed, so does an individual whose authentic self is misaligned with the mask self who is busy chasing the wind. The best version of ourselves is our authentic self. Being authentic allows us to flow through life and follow our passion with ease. Navigating through life’s responsibilities is much more natural and enjoyable when you allow yourself to be your authentic self, busy pursuing your passion as opposed to being busy conforming to an un-authentic rhythm.

Peter was born into a family of teachers, who inspired him to follow the teaching profession. As a young boy growing up in the village, he admired the impact teachers in the family had in the society around and wanted to better their script. Today he passionately pursues this inspiration in and drought-stricken community where 95% of his students live in poverty.

Peter is happy just being himself, a simple teacher who admits that he boarded a plane for the first time when going to Dubai as one of the ten finalists for the coveted award. The most widely circulated daily newspaper in East Africa, Daily Nation, quoted Peter as follows – “From time to time I would steal a glance at the people accompanying me and it felt like a pleasant dream, as if I was in another world. I could not believe that I had been shortlisted for a global award. It was a miracle“.

The fact that his school has access to only one computer and a student to teacher ratio of 58:1 does not deter Peter from pursuing his passion. And the results of his pursuit are self-evident. By just being himself and following his passion, Peter is going places. The Global Teachers Prize comes with a cash award of USD 1,000,000. He was also hosted at State House by the country’s president Hon Uhuru Kenyatta. The president committed to donate USD 200,000 to Keriko Secondary School where Peter teaches for the expansion of infrastructure and to encourage students to undertake science subjects. The president also heaped praise on Peter, describing him as a role model and an inspiration to society especially to fellow teachers and students.

Have a solid anchor

In one way or another, most of the world’s religious traditions describe human nature and our place in the cosmos in terms of a spiritual journey. Each offers a framework along which the followers calibrate their sense of right or wrong; an important attribute in defining one’s character. Character is the sum-total of the mental and moral qualities distinctive to an individual.

It is difficult to have a narrative on leadership without drifting to the concept of character. Many people devoid of a good character have been placed in positions of responsibility with disastrous results. Fortunately, the converse also holds true. There are many great examples who offer much-needed hope that the abundant resources in our continent will be put to productive use for the benefit of generations to come. A common characteristic amongst many leaders in the latter category is that they are well-grounded characters and have a strong anchorage to a metaphysical entity.

Peter fits the latter bill well. He a Franciscan Brother; a community of Roman Catholics solidly anchored on the vows of living in simplicity, living in love with all, and living and witnessing the Gospel.

Lupita Nyong’o reminded us that “no matter where you’re from, your dreams are valid”. As we journey through life, may we have the boldness to enlarge our dreams and aspirations. May we aim for the best that we can be. May we amplify our dreams in full colour and 3D, bearing in mind the words of Eleanor Roosevelt that “the future belongs to those who believe in the beauty of their dreams.”

This narrative is against the grain for many traditional models of African socialisation. From such socialisation typically emerges a subdued individual who keeps second-guessing themselves and playing second fiddle. May we lead from the front in annihilating this mindset, pricked by Harriet Tubman’s reminder; “Always remember, you have within you the strength, the patience, and the passion to reach for the stars to change the world.”

Well, our lead star in this article, Peter Tabichi, led by example when making his acceptance speech in Dubai. He is already having the impressive dream that “Africa will produce scientists, engineers, entrepreneurs whose names will be one day famous in every corner of the world“.

I conclude with a reflection on the words of William Arthur Ward that “the mediocre teacher tells. The good teacher explains. The superior teacher demonstrates. The great teacher inspires”. Peter Tabichi is a great teacher.

Peter, we celebrate you as a contemporary African Icon.