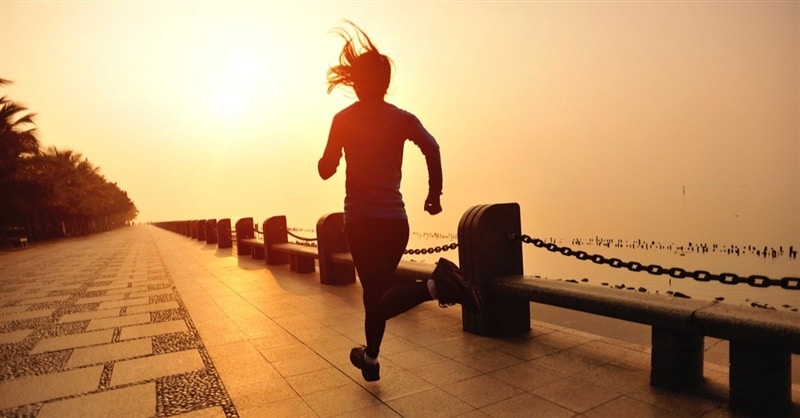 If you want to be successful in business, in your marriage or in life, consistency is the key.

Consistency is described as: “consistent behavior or treatment”, but the definition we prefer is: “the way in which a substance holds together”.

I prefer that definition because consistency is the test of how well you can continue to perform no matter the challenges you face (can you hold yourself together to continue on).

Too often people get excited about a new venture, a new goal, the latest trend, etc. and so they go all out and buy all the equipment, gear, website, business cards, courses, etc. whatever it takes to get them in for that “quick fix to success” – just to give up a few weeks, months, and even days later.

Most people are searching for that “quick and simple solution” to get rich, find success, and be living on a beach drinking cocktails – and they want that life style NOW!

Yes there are those who find “overnight” stardom from youtube, facebook, instagram, etc. but those are extremely rare scenarios. For the other 99.9% of us, we need to have consistency.

To illustrate our point, let us share a story that we’re sure you have heard of before, the story of the hare and the tortoise… and Gary (oh wait, you haven’t heard this version before – well you’d better read on then).

THE HARE, THE TORTOISE & GARY

Once there were three friends – a hare, a tortoise, and Gary (We’re sorry if you’re name is Gary – this is a fictional character and is in no ways based off of you or your friends lives, but then again we don’t know you and your friends and so this story may just be very accurate).

Back to our story…

One day, as they chatted, Gary began to mention to his friends how he had read about some new running shoes and how they could make him run even faster than the hare. The Hare laughed and said that no one could beat him in a race.

Tortoise then said, “I bet I could beat you and Gary in a race”.

Gary and Hare Laughed Out Loud!

The tortoise was slightly annoyed but said with a smile, “I may be slow, but I can beat both of you in a race.”

Gary and the Hare were astonished to hear this. They thought the tortoise was utterly foolish and totally unaware of what he could not do, even in his wildest dreams.

The hare said, “All right, in that case, we shall appoint a referee and fix a venue for the event.”

A rat was appointed as referee. A large field beside the river was selected for the unusual race and a big banyan tree, about a mile away from the rat’s hole, was decided on to be the winning post.

The Hare, the Tortoise and Gary all arrived on the big day.

The rat stood ready to blow the whistle and start the race. The tortoise, the hare and Gary tensed at the start line.

“On your mark, get set, Go”, called the rat, and the race began.

The hare took off at lightning speed, and soon ran out of sight towards the finish line. Meanwhile the tortoise began the race at a very slow pace. Gary began with great speed too, but not as quick as the Hare.

The hare must have reached about half a mile when he stopped to see where the tortoise was. He looked back. The tortoise was not to be seen. “Oh he is far behind, I can’t even see him yet. I think I will wait here until I can see him and then I’ll run the remaining distance. Hey, why don’t I eat some grass and rest in the meanwhile.” said the hare to himself.

The hare snacked and drank some water, and lay down in the shade of a tree to wait and watch. Soon the cool air from the riverside lulled him into deep sleep.

The tortoise on the other h and, kept moving slowly but steadily, Invisioning the finish line and the feeling of victory in his mind.

Gary had gotten a quarter of the way and began to feel discouraged because he wasn’t ahead of the Hare yet. So he decided to stop, take off his running shoes, take out his phone, and begin to google for “running shoes that will make me win quickly”.

After he found the perfect pair that would guarantee his quick success, he placed an order, they were delivered extremely quickly, he put them on, and began to run again for great enthusiasm.

Shortly after, he began to feel discouraged as he had STILL not run passed the Hare and so he stopped once again and repeated the process as before.

The hare had been beaten by the tortoise. He accepted the defeat graciously, but Gary was still no where to be seen.

They decided to walk back along the path. They found Gary on his phone, only about 200 feet into the race. He was still searching for the “perfect pair of running shoes that would bring him quick success”.

We know there are probably plenty of flaws in our analogy ( and we don’t recommend sharing our version with your kids at bed time either) but the moral of the story is: If you have all that you need to win the race, the only thing that could stop you from winning the race is lack of consistency in effort and always seeking for “quick fixes”.

Don’t allow hardships, set backs, failures, trials, challenges let you give up. Don’t give up when you can’t make that sale, when you send out an email and nobody reads it, or you create a FREE online guide and hardly anyone downloads it (which is what happened to us – in fact all of those examples have happened to us more than once).

Continue to grow and learn from your failures, continue to adapt and improve on your journey. Only through consistent effort can you reach your goals, and the reality of it is that there WILL be hardships!

So the only question to ask yourself is this: Are you the hare, the tortoise or Gary?

What will you do today in order to maintain consistency to reach your goals?

We’d love to hear what it is that you want to achieve by the end of the year? or what challenges you are facing at the moment? Leave us a comment below – we’ll reply to each one. And if you loved the article then please share it with others on your favorite social medias.

Here’s to you being a tortoise!