How to Allow Your Team Members to Fail 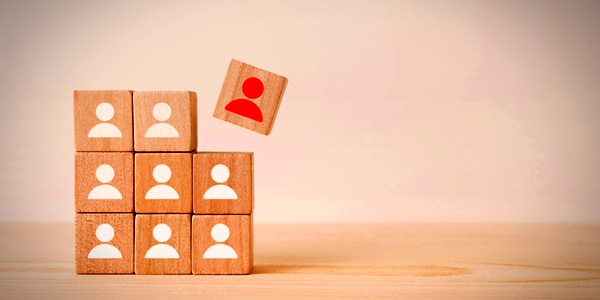 Dr. James Dobson speaks of “Teachable moments” in parenting. Those unscheduled moments where a lesson is driven home in the life of a child or they just “get it”.

And life has plenty of those. No, appointments, no warning, they just happen. I remember a time when I was in college when I had one very painful one.

Here we were, my friend and I, walking towards the car park where we were going to board the bus to take us to a student leaders’ meeting. The arrangement was that we would be at the pick-up spot before 6:15pm, the departure time, all 12 of us.

We had been on this team for a year and time management was not a big issue even though the team leader had talked to us time and time again about how important time management was for us as leaders. We could “stretch” the time, and his patience, and be five minutes late, no problem. No consequences.

Except on this day.

There was no bus waiting when we showed up at 6:20pm and we thought the team leader had not shown up yet. We reasoned that the other 10 were probably late as well and so we continued our chit chat.

10 minutes later someone was passing by and asked us what we were waiting for. We explained and she said “That bus left some time ago. I saw it from my room upstairs.”

This was a meeting we could not miss but it was two and a half kilometres away and usually had tea and snacks afterwards…a big deal for us college students. We decided to jog there. When we arrived, the meeting was in progress. The team leader did not say anything about our being late, let alone our sweaty clothes and heavy breathing. He just went on like nothing ever happened.

I couldn’t believe it.

I couldn’t believe this man. Usually quiet and humble in his dealings.

That was the last time I was ever late for those meetings!

Many times as leaders we are tempted to “rescue the day” when our team members fail or if we think they are going to fail. And that is underst andable, especially when it has to do with a client. It negatively affects our business image.

But of late I have come to learn that allowing our team members to fail helps them to catch on to a value, a responsibility they would otherwise not be able to “catch on” and develop consciously.

Let the team know what is expected and why. Communicate it clearly so there is no doubt as to what you are looking for. In my case, he had been talking with us about it for a whole year. He even made us go through a practical workshop on how to manage our time as college students.

We knew what was expected.

Typically, we tend to be more like those we associate with and our teams are just the perfect place to influence each other. People tend to align with those who “walk the talk” and not just “talk the talk”. When your team sees it in you, it challenges them to take it up for one simple reason: your character speaks volumes.

They see how important it is if you model it.

Nothing teaches like consequences. In my country, we had a Vice President who would get to a meeting on time and once he was in, nobody else, no matter the portfolio they held, would be allowed in. They were simply recorded as absent. Needless to say, in his meetings, there was a significant change in punctuality.

My friend and I had to jog the two kilometers and missed out on a few things which we could only catch up with later on. That was painful but I am thankful that I learned a lot about punctuality that evening.

Whatever it is you want your team to catch on, don’t be quick stop the consequences from biting, use them in your “teachable moments”.

You will have to gauge the suitability on this one. While my team leader did not say anything to us on that fateful day, your situation may require that you do. Use that time to encourage the team but at the same time put the expectation clear.

There was a time I failed and knew it without being told. It was a public embarrassment. After the event, team leader came to me and simply said: “That (the mistake) is not us.”

For the next two weeks, I moved heaven and earth to fix it… and no, it has not happened again.

So why should you allow your team to fail? Simply because failure is a great teaching and learning tool. Success is dotted with failed attempts. Keeping our teams or members in our teams from failing is doing a great disservice to their personal growth. Show me a successful person who has never failed and I will show you someone whose honesty is seriously challenged!